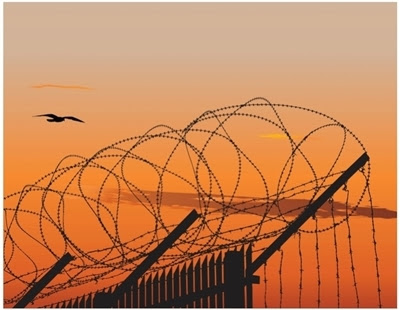 If you’ve been following my blog recently, you know that I’ve been focusing a lot on the prevention of child sexual abuse.  It’s something I’m passionate about and the tragedy at Penn State has only intensified my commitment to help put an end to this epidemic once an for all.

To that end I recently became an Authorized Facilitator of the Darkness to Light Stewards For Children Child Sexual Abuse Prevention Program.  You’ll hear more about the program from me in the coming weeks, but one of my first tasks was to join other facilitators across the country in writing letters to the editor following the Jerry Sandusky verdict.

I’ve had some requests to post the letter here for those of you who don’t have access to the Opelika-Auburn News or Auburn Villager.  Feel free to share as we work together in the prevention of child sexual abuse.

Last week Jerry Sandusky, Penn State’s former assistant football coach was found guilty on 45 counts of sexual abuse against 10 boys over 15 years. I understand these allegations were hard to believe. I understand that an indictment of this magnitude would be a tragedy in any organization, but Penn State and particularly their football team was known for all-American values of honor, integrity, and hope.  Values that the Auburn family holds dear as well.

Jerry Sandusky deeply violated those values.  And Penn State violated those values as well because they allegedly failed to report these sexual abuse allegations to authorities.  It would be easy to end the story with the firing of key university staff and the quick conviction of Sandusky.  It would be easy to say that we should always report suspicions of abuse, even if we are unsure of what really happened or whether the actions were sexually abusive.  But in the wake of all that has appeared in the media, we must take a deeper look at our own responsibilities.

This tragedy is a wake-up call to every organization that works with children and youth. I hope that such organizations will educate themselves, the families and the children about child sexual abuse.  I encourage every organization to understand what they must do to respond to sexual abuse, to use effective screening tools and to put policies into place about appropriate touch and conduct.  I hope all of us in the Auburn-Opelika community will learn from Penn State and ask questions to help put effective policies in place before any child is harmed.  If you would like to join the movement to prevent child sexual abuse in our community, please email me at polly@childpsychmom.com.

If you suspect abuse or have questions, call the National Child Abuse Hotline, ChildHelp, at 1-800-4-A-CHILD for guidance 24 hours a day.